Shadow Group Celebrates Another Win As Leaders In The Security Industry

Halifax, NS: Today, Shadow Group, the proud parent company to Shadow Security, with head office based in Halifax, is announcing it has signed a multi-year contract to provide full scope security services at the newly opened Halifax Convention Centre. The Halifax Convention Centre is part of the $500-million Nova Centre project and is the largest convention centre in Atlantic Canada.

Of the company’s recent success, Shadow Group CEO Kent MacDonald said, “As a home grown, locally owned and operated company, Shadow Group could not be more proud to be continuing its long-standing relationship with such a prestigious convention centre”.

Shadow provided exclusive security services at the Canada 150 event on the Halifax Common last year because of its professional and unparalleled experience managing crowds at events of up to 100,000 people on numerous occasions. The key to Shadow’s consistent growth and success is quite simple; they place absolutely no stock in accolades or notoriety. Their mission is to be leaders in the security industry by providing unparalleled training, experience, and the best possible customer service to clients and patrons alike. It is this philosophy that has lead Shadow to this latest acquisition, as well as the addition of 6 other major venues throughout Eastern Canada. Plans are currently in the works to open a second (and potentially third) office in New Brunswick to complement its already existing office locations and 3 satellite office locations.

Shadow’s success is attributable to its capable, confident, and committed approach to customized and exclusive training programs that are widely regarded as some of the most thorough and intensive in the security industry. It is this training in surveillance and research that enabled Shadow to foil the attempted abduction of a corporate mining executive in 2012. Accordingly, Shadow Group now offers professional and full scope services in Security Services (Static Guards, Event Security, Close Protection, Mobile Patrol), Private Investigations, in addition to Civil Enforcement & Bailiff Services.

ABOUT SHADOW GROUP: Shadow Security began as a firm that specialized in tour, event, award show, nightclub, and concert security. The company includes one senior management team with 286 years of combined experience, of which 17 years were together providing security under the Shadow brand. This team provided Access and Crowd Control, Close Protection, as well as licensed, bonded, and insured Uniformed Guards to over 1100 Bands, 530 Artists, and 720 Celebrities across North America. Clients have included U2, Nickelback, the Backstreet Boys, Guns ‘n Roses, Bob Dylan, Rihanna, Ozzy Osbourne, Johnny Reid, to other celebrities such as Ellen Page, former politicians US President Bill Clinton, and Canadian Prime Minister Paul Martin. Owner Kent MacDonald has also sat on the Halifax Security Council, event planning committees with HRM, and is currently assisting with the upcoming 2018 Liberal National Convention to be held in Halifax this April. 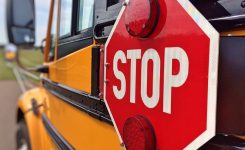 11 Quick Back to School Safety Tips for Stude... 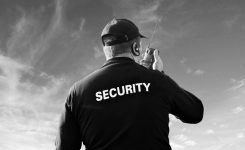 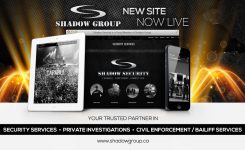